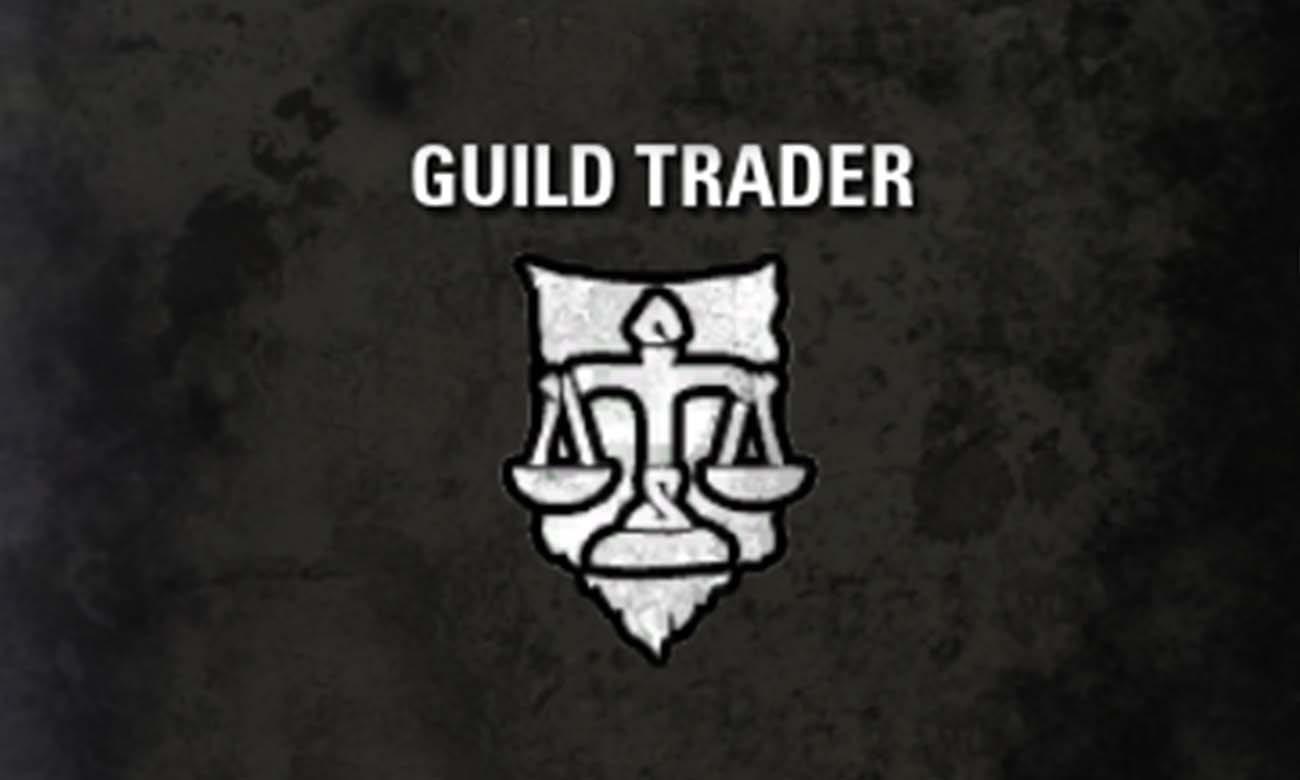 A Beginner’s Guide To Guild Traders

So how do guild traders work?

Well, if you are familiar with any other MMOs such as World of Warcraft, you might be used to an Auction House system. Each player can place items up for auction and let other players bid, or sometimes buy the item outright for a fixed price.

In ESO things work a little differently. There is no unified auction house in the Elder Scrolls Online, all trading goes through what is known as Guild Traders.

What is a guild trader?

Throughout the world of Tamriel there are special merchants known as Guild Traders. Guild traders in ESO can be hired by player formed guilds to act as their sales representative.

Once a guild trader has been hired by a guild, members of that guild can now start to put items up for sale.

There are currently close to 200 different guild traders throughout the world of Tamriel.

So if you are looking to join a trading guild in order to sell your scavenged loot, you want to make sure that A: The guild you are joining actually has a guild trader. B: Check where the guild trader is located.

You can check where the guild trader for your guild is located by pressing G on PC, make sure the guild you want to inspect is selected and hover on the “guild trader” crest to the lower left. See the image below.

As you might have guessed, being part of a guild that has hired a trader in a highly populated area will bring in a lot more sales than if it has a trader in a remote location.

If you want to join a trading guild and would like to know more, check out our article on how to join specific types of guilds and the best approach to get invited.

To locate guild traders in each city, check your map and look for the guild trader crest which looks like this:

Guild traders in high population areas such as Mournhold, Elden Root and Wayrest usually has the most stocked guild traders as these guilds are usually high volume trader guilds.

A great resource for seeing what is available among the different guild traders and where the prices are lowest is Tamriel Trade Centre. They are attempting to have a one-stop shop for browsing ALL the guild traders in a single search. For the most part, it works really well, it relies on people having their addon installed which fetches information every time someone visits a guild trader and sends it to their database.

You will notice that it is often outdated, but I have managed to pinch some really fabulous deals by looking at recently posted items on Tamriel Trade Centre.

How guild traders are hired

So, now that we’ve gone over what a guild trader is and how they work, you might be wondering how guilds secure their guild traders.

It’s actually more of a bidding process than a hiring process.

Every week each guild master can put a bid in on a specific guild trader of their choice.

This is a blind bid, you have no idea what other guilds have bid, or if there even is a bid placed on the trader you are trying to secure.

Each guild is only allowed one bid, so you can’t place a bid on several guild traders.

Every Sunday each guild is informed of whether they won the bid or not. If a guild failed to secure a guild trader they will be sent back the money they bid.

If there were any guild traders that were not bid on at all, they are offered on a first come first serve basis at a minimum price of 10’000 gold up to millions of gold depending on the trader’s location.

If a guild secures a guild trader they will have that trader for the week.

This process start over every week and on it goes.