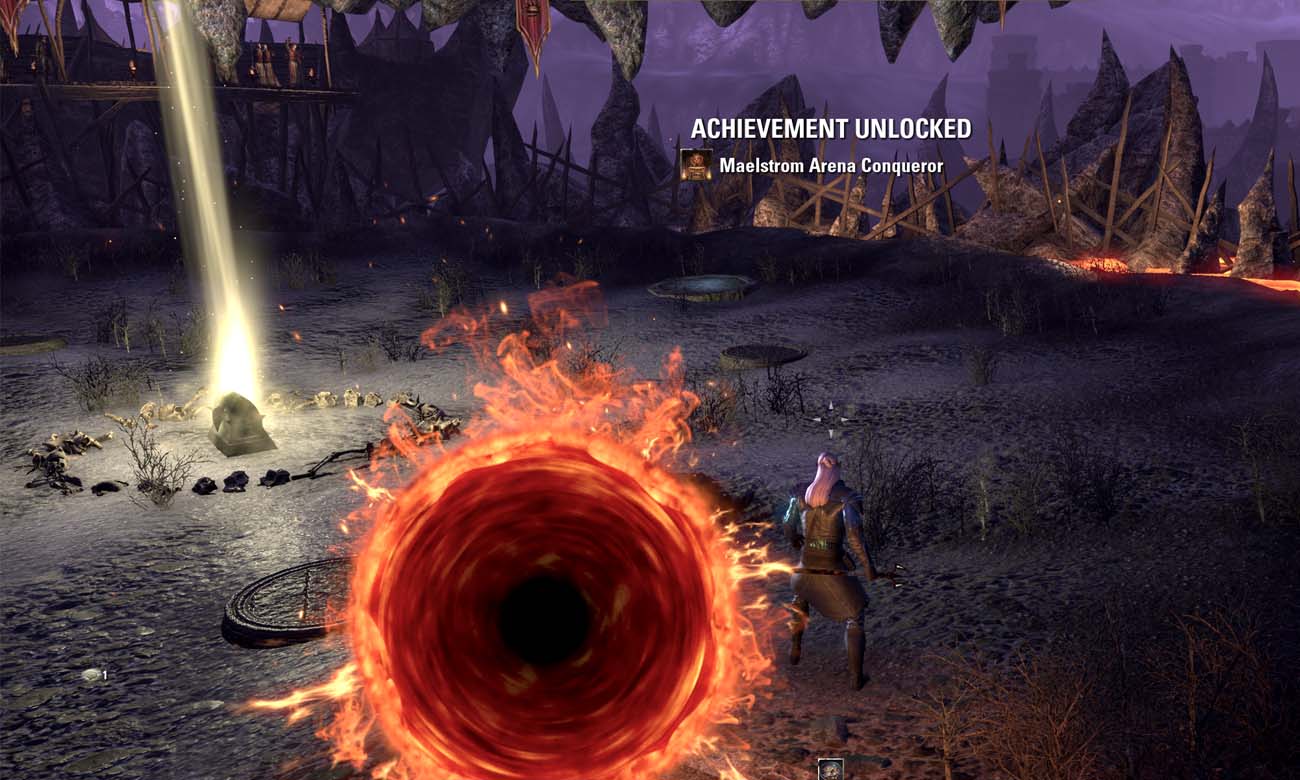 How to get the Maelstrom Arena weapons (vMA)

Getting the coveted Maelstrom Weapons which are still to this day considered BiS (Best in Slot) for many builds can be quite confusing, and quite a grind for most people.

But rumors on the internet can make it quite confusing as to HOW you actually can get your weapons. There are two ways to get Maelstrom weapons, let’s take a look.

In order to get the weapons found in the Maelstrom Arena, you need to complete it on Veteran difficulty and you will get a random weapon in the chest after you beat the final boss.

It doesn’t matter how long it takes or if you get a good score. By accepting the quest at the beginning you can take a break and come back later, picking it up where you left off. Completing the maelstrom on veteran difficulty will always guarantee you a weapon of purple quality once you finish it (Don’t forget to loot the chest at the end 😉 ).

Can I receive a Maelstrom weapon on normal difficulty?

You will not receive a Maelstrom weapon if you complete it on normal difficulty. There are rumors stating that you have a small chance of getting a weapon when completing it on normal, these are false rumors.

A Maelstrom weapon will never drop on normal difficulty.

Ending up on the weekly leaderboard gives you an additional weapon

By completing vMA with a high score good enough to land you on the weekly scoreboard, you will be sent an additional Maelstrom weapon in the mail of gold quality. This is an additional weapon from the one you get in the chest at the end of the arena. A good run will in other words grant you x2 maelstrom weapons.

You will only receive one leaderboard weapon per week, several runs won’t make a difference.

In order to qualify for the weekly leaderboard, you need to complete veteran Maelstrom arena in one sitting, ie, logging off and using the quest to pick up where you left off will disqualify you from the leaderboard.

By the end of each week, every player who landed a spot on the weekly leaderboard will get a mail containing a Maelstrom weapon of gold (legendary) quality. You will also get an assortment of other items (mostly useless unfortunately, but sometimes gold rings for deconstructing).

You can not get a spot on the leaderboard by completing the Maelstrom Arena on Normal difficulty.

Tips for farming the Maelstrom Weapons

If you are good at running vMA, I highly suggest you do it with all the characters you think you stand a chance to get a spot on the leaderboard with.

If you have a Templar, Warden or any class other than Sorcerer really, your chances for ending up on the leaderboard is actually quite high. There are 65 spots every week, certain weeks, the leaderboard does not even fill up for all classes. This means, if you can just get a score at all, you will get a spot on the leaderboard guaranteeing you a weapon in the mail plus the one in the chest at the end.

Just make sure you finish the arena without logging off and you will be given a score (if you disconnect you can still log in, no worries, so long as you were not ported out of the Maelstrom you will get a score).

I am currently working on an in-depth vMA guide for beginners trying to clear the arena for the first time, until then I can point you to a few good resources.

Watching people do highscore runs will not help you much, it will most likely only discourage you. Don’t watch these for inspiration, they play on a whole different level. Try to find videos of people in similar skill level to you to see how they overcome the thing you are stuck on.

Joy’s guide is quite a good one, while it doesn’t go in-depth enough on certain things which I found difficult when beating it for the first time, it still gives good insight on how to get through the arena.

This video from Dottz Gaming is quite helpful:

Alcast’s vMA guide is quite popular. Alcast plays on a level not really comparable to players trying to beat vMA for the first time, I didn’t find it very helpful as I could not do what he was doing. But still, you might still get some great useful tips out of it, he is, after all, a very very skilled ESO player. You can also get some inspiration for which sets to run etc from his builds.